Is there a lesson that you are forced to learn over and over in life?

There is for me. I can identify it when I see someone else going through it, but for some reason when it is me, I have no idea.

I’m talking unbalanced upside. A situation where the downside is capped and the upside, while maybe a small likelihood, is limitless. A small percentage times infinity is still infinity.

Infinity is good, you want infinity. So let’s examine a couple situations where this has come to mind recently for me: Bitcoin and dating.

The typical lens through which I like to view business and investments: add value and capture the benefit.

You can’t assume just because you add value, someone is going to pay you for it. You have to ensure you capture the benefit too, often by agreeing to it in the first place.

“I will do X for you, and you will pay me $Y.” That’s how a standard job works as well as running your own business. You don’t just show up at an employer and start doing stuff, hoping that will pay you at the end of the day. That would be silly.

Ideally investments follow the same add value, capture benefit line of reasoning. “I will loan you $X, and you will pay me back $Y in Z days.” More variables at play here, but fundamentally your investment of time or money should add value to the person, company, or situation.

This way of viewing investments is logical, but not really how the world works.

You buy an index fund that purchases shares in many different companies. Let’s look at just one of those companies, Boeing. Since you invested in Boeing, you are giving them money to make new planes and they’ll give you back more money later? No. Not even close.

Boeing does sometimes bring new shares to the market to raise money for making planes. However now the shares are just traded around and they offer a small dividend to shareholders. So you prop up their market cap in exchange for a couple percentage points a year in dividends and a gamble on where the share price is going next.

There is also the lens of supply and demand. Maybe that is a more accurate way to view the stock market?

Supply is easy to understand and predict. Demand? Forecasting the hype for something? Is that what “investing” boils down to? That sounds more like gambling.

As you can see, I generally like to keep things simple and not get caught up in forecasting hype when investing.

The section above is basically an excuse. That’s the default way I view the world, but shouldn’t be the only way.

It was kicking around $10 to $15 back then. For months on end, not exactly a rocketship, there was plenty of time to think it through. If only I used websites similar to bitcoin.com.au at the time?

But I never seriously considered putting any money into it. It was just a cool idea that I checked the price of every once in a while.

Here is what I should have noticed back in 2012 and early 2013 – the upside was nearly unlimited.

Why? The hype was minimal, essentially limited to techies back then, and it had all the components of being buzzworthy once the word got out.

Decently low, but let’s do the math.

Note: Turns out those hypothetical end of 2012 estimates were low too. Since then Bitcoin is up closer to 400x!

With something so risky (79% chance of losing money) it would not be a good idea to put a significant chunk of money into it. Good chance you lose it all, even if the expected value is a 3x return.

But you can put 5-10% of your portfolio into riskier investments. Cap your downside while opening yourself up to the sweet upside.

For me in 2012 I could have put $1k into Bitcoin and maybe $100 a month for a while. $2k in Bitcoin at even $50 each is 40 Bitcoin… which is worth well over $200k right now! Imagine being able to gamble with 200 hundred thousand dollars worth of bitcoin, funfair Wrote an analysis between Fun token and Bitcoin regarding their bitcoin casino, considering the world of cryptocurrency is evolving at an incredibly fast rate with everyone trying to jump in on the bandwagon it was only right cryptocurrency casinos were created.

So even though I don’t consider it investing, I should have realized the unbalanced upside made it worth doing with a small chunk of my resources.

Dating – Recognizing Unbalanced Upside in Others

I have a single friend who wants to fall in love and get married one day. But man is it brutal going on first dates and making small talk. Even worse is the process of getting to the first date, filtering through Tinder morons trying too hard to be clever. 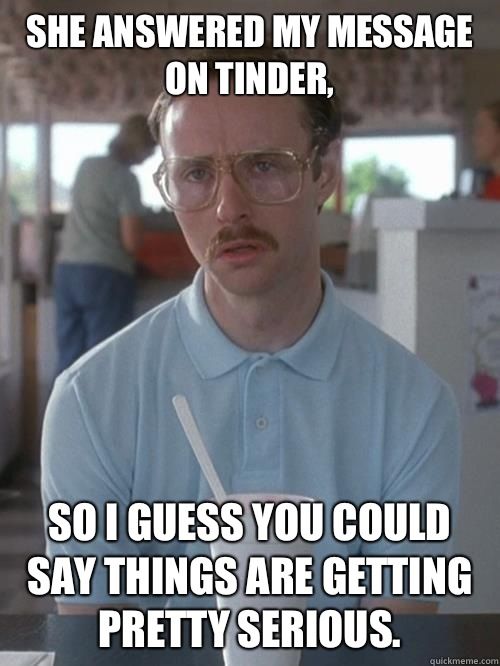 Most Fridays, exhausted from a long work week and with the incredible amount of good television these days, my friend stays home on the couch. Much better than another disaster first date.

What is the one activity that will bring the most happiness over many decades? Finding the one person you want to spend your life with. Speaking from experience, it is totally awesome.

My friend realizes it too. Yet the continued effort in dating is too much to muster.

From my vantage point, it is easy to identify this as a situation with limited short-term downside and infinite long-term upside. Even if it is just a 1% chance of a positive first-date, that should be enough.

Once identified, it should be easy to consistently devote a percentage of resources to the cause. You don’t have to push all in, as we saw with Bitcoin, simply week in and week out devote 5% to 10% of your effort to it.

Are There More Situations With Unbalanced Upside?

What are the other possibilities for a capped downside with an unbalanced upside?

Seriously, I want to hear from you. As I mentioned, I am bad at identifying these things in the moment and think it is easier for an outside observer.

What other situations am I missing?